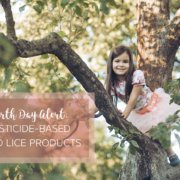 Every year on Earth Day the world focuses on environmental protection. Lice Clinics of America in College Station, Tomball, and The Woodlands reminds the two communities that all of its products and services are 100 percent pesticide-free. The clinics’ signature treatment using the FDA-cleared AirAllé® medical device is clinically proven to kill live lice and more than 99 percent of eggs (nits) using nothing more than heated air to dehydrate the bugs and eggs. Treatments take about an hour and are guaranteed to be effective.

“Many people don’t realize that traditional lice products rely on pesticides to kill head lice,” said Sonia Watt, owner of Lice Clinics of America in College Station, Tomball, and The Woodlands. “This means that parents are shampooing their children’s hair with toxic chemicals.”

Pyrethroids, the class of pesticides used in popular over-the-counter head lice products, are neurotoxins that kill lice by paralyzing the bugs’ central nervous system. Pyrethroids are also common in home and garden pesticide products such as bug sprays and fogs. A study by Cincinnati Children’s Hospital found an association between pyrethroid exposure and ADHD, particularly in terms of hyperactivity and impulsivity. A separate study presented at the 2017 Endocrine Society national meeting linked pyrethroids to early puberty in boys.

“The most frustrating part of this is that the products are no longer effective,” Watt said. “They have been overused for so long that head lice are now resistant to them.”

Watt is referring to the advent of so-called “super lice” that have developed a genetic resistance to pyrethroids. Research published in the Journal of Medical Entomology found that 98 percent of head lice in the United States and many other countries are now immune to pyrethroids. The AirAllé treatment is effective against super lice because it doesn’t rely on pesticides at all.

“Time after time, we see parents after they have tried these products several times,” Watt said. “We want the community to know that there is no reason to use harmful and less pesticides on their children when there are faster, safer, more effective alternatives available.”

Scientists have also found high levels of pyrethroids in U.S. watersheds. The U.S. Geological survey said that it has “detected pyrethroid insecticides in stream waters in urban and agricultural areas,” a report said. “Highly toxic to fish and invertebrates, the occurrence of pyrethroids in aquatic environments has become an ecological health concern.”

“Our message is this: Do yourself and the planet a favor and don’t use pesticides to treat head lice,” Watt said. “Come to our clinic and you will be lice-free in an hour with no risk to your health or to the environment.”

Lice Clinics of America in College Station, Tomball, and The Woodlands also offer a complete line of nontoxic home lice treatment products, including preventive sprays, shampoos and conditioners that can keep children from getting head lice in the first place. The products are pesticide-free and also guaranteed to be effective when used as directed.

With 330 clinics in 35 countries, Lice Clinics of America is the world’s largest network of professional lice treatment centers. AirAllé has treated more than 750,000 cases of head lice around the world with a success rate better than 99 percent. 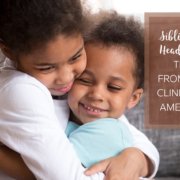 April 10 is National Siblings Day, and Sonia Watt, owner of two Lice Clinics of America clinics in Tomball, College Station, and The Woodlands is using the day to call attention to the fact that siblings are often the channel used by head lice to spread.

“The closer in age siblings are, the more likely it is for them to spread lice to one another,” Watt said. “That’s because they are likely to spend more time together and share rooms, hair accessories, and clothing that might carry hair with lice.”

According to a study of Norwegian school children, an infested sibling increases the odds of a child contracting head lice by 36 percent. In some school districts, if a student is found to have head lice, any siblings at the school are also checked.

Lice spread primarily through head-to-head contact. When siblings share a bed or bedroom, and one has head lice, others are likely to get lice, too. Lice don’t fly or jump, but if a louse is on a shaft of hair that falls on a jacket or hat or hair brush, it will crawl onto the next head it can find in a matter of seconds.

“Lice can’t live anywhere but on a human head,” Watt said. “It is a matter of survival to get on the nearest head.”

For parents that do find head lice on one or more of their children, the Tomball and College Station clinics have a safe, fast, and guaranteed cure with the AirAllé® medical device. AirAllé is FDA-cleared and clinically proven to kill live lice and more than 99 percent of eggs (nits) using heated air to dehydrate the bugs and eggs. Treatments take about an hour and are guaranteed to be effective.

The guarantee has one stipulation that speaks to the common occurrence of head lice among children.

“We guarantee the AirAllé treatment only when all members of the household are checked for head lice,” Watt said. “We can’t guarantee you will remain lice-free if we send you back to a home with an active infestation, and the only way we can know if the household is clear is if all the residents are checked for lice.” The screenings are free for family members of someone receiving treatment at the clinic.

Head lice have become more difficult to treat in recent years as so-called “super lice” have become the norm. These lice have developed a resistance to the chemical pesticides used in the most popular lice products. Research published in the Journal of Medical Entomology in 2016 found that 98 percent of lice in the United States are now immune to the pesticides that the products use.

“AirAllé kills super lice just like any other lice because it doesn’t rely on pesticides or any chemicals at all,” Watt said. “We also carry a complete line of nontoxic lice prevention products to keep head lice out of your hair for good.”

With 330 clinics in 35 countries, Lice Clinics of America is the world’s largest network of professional lice treatment centers. AirAllé has treated more than 750,000 cases of head lice around the world, with a success rate better than 99 percent. 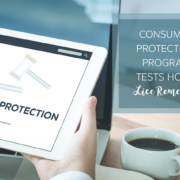 “I can’t tell you how many times people come to our clinic after trying some kooky home remedy for head lice,” said Sonia Watt of Lice Clinic of America in College Station, Tomball, and The Woodlands. “Olive oil, butter, even kerosene! Maybe this story will help people avoid wasting time and money on treatments that don’t work.”

Watt is referring to a story by Verify, a consumer protection program of WUSA Channel 9 in Washington, D.C., that is “… on a mission to separate fact from fiction in news and social media. We respect truth above all and believe in transparency.”

The program took on the issue of head lice to answer the question, “Does coconut oil and vinegar treat head lice?”

“A viewer read on Facebook that coconut oil and apple cider vinegar can help kill and remove head lice,” according to the program’s website. “She asked us to verify whether it’s true.”

The Verify team dug into scientific research and interviewed authorities on head lice treatment. The team also found research from scientists at the University of California that studied at-home remedies including vinegar, isopropyl alcohol, olive oil, mayonnaise, melted butter, and petroleum jelly for their efficacy at controlling head lice. After the study, the researchers concluded, “None of the home remedy products we surveyed was an effective means of louse control.”

“People spend weeks trying to treat head lice based on advice they get on the internet, while we have an FDA-cleared, scientifically proven solution that cures head lice in an hour,” Watt said. “I just wish more people would find us before they waste time trying these baseless home solutions.”

Home lice treatment has gotten more difficult in recent years because lice have developed immunity to the pesticides used by the most popular lice treatment products. A 2016 study published in the Journal of Medical Entomology found that 98 percent of head lice in most U.S. states now carry a genetic resistance to pyrethroids, the class of pesticides used in the most popular lice treatment products. Pyrethroids have also been linked to behavioral and developmental problems in children, especially boys.

“The good news is that at Lice Clinics of America in College Station, Tomball, and The Woodlands we have the FDA-cleared AirAllé® medical device that is clinically shown to kill live lice and more than 99 percent of eggs in a single hour-long session,” Watt said.  “AirAllé® uses carefully controlled heated air to dehydrate lice and eggs. Best of all it’s completely pesticide free.”

The AirAllé® device was developed by scientists at the University of Utah and is now used in more than 350 clinics in 36 countries. The device has treated some half million cases of head lice with a success rate better than 99 percent.

“When people find out they can be lice-free in an hour, they are overjoyed,” Watt said. “They almost always say, ‘I wish I’d found you sooner,’ so we’re trying to get the word out.”