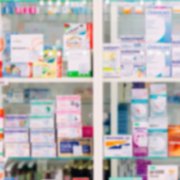 When a child has head lice, many parents go into panic mode and will do almost anything to get rid of the lice as quickly as possible. After grabbing the first lice treatment they see at the drugstore, they race home to put a stop to the head lice infesting their child. Sadly, weeks later they are often still combing out lice eggs.

There are three problems with this treatment approach. Lice Clinics of America – Texas Lice Removal, which services College Station, Tomball and The Woodlands, owner Sonia Watt explains why:

“For starters, a majority of over-the-counter (OTC) products don’t work anymore, at least not in the United States,” says Watt. “According to the website ‘Beyond Pesticides,’ virtually all lice in the United States have developed resistance to the OTC and prescription shampoos containing the toxic chemical Permethrin. Several recent studies have confirmed the widespread resistance of head lice to retail products.”

“This isn’t really controversial,” said John Clark in a 2014 article titled “Head Lice Growing Resistant to Standard Meds.” Clark is a professor of environmental toxicology and chemistry at the University of Massachusetts, Amherst and co-author of one of the studies of resistant head lice. “This is a problem we’ve been showing in development over a period of about 20 years. But our new work now shows that head lice are now almost 100 percent [resistant]. That means there’s an awful lot of resistant insects out there in the U.S. and elsewhere.”

“The second reason to avoid commercial lice-removal products is that they may not be safe. Permethrin is a neurotoxin that kills lice by shutting down the insect’s central nervous system,” Watt says. “Lice-removal products have been deemed safe when used as directed, but overuse is common. Panicked parents often over-apply the product, and it may cause serious health problems.”

Richard Clapp, an environmental health expert and professor emeritus at Boston University, has said that Permethrin, especially when combined with other problematic chemicals, can cause seizures and, down the road, behavioral problems. In a 2009 memo, the EPA classified Permethrin as “likely to be carcinogenic to humans” in some conditions.

Environmentally relevant levels of pyrethroids—the class of pesticide that includes Permethrin—are also common in some household insecticide products. This means that adding lice shampoo, even the amount directed, to the level of pyrethroids already in a home can overexpose children to the pesticide.

“Finally, the third reason for thinking twice before using OTC lice-removal products is that they are not ovicidal, meaning, they don’t kill lice eggs, or nits, which is a real problem in the battle against head lice,” says Watt.

According to the Centers for Disease Control and Prevention, pyrethrins (another type of pyrethroids) can only kill live lice, not unhatched eggs (nits). Nits are affixed to hair shafts with a very strong glue-like substance and must be manually removed.

“If every nit is not removed, you’ll simply get a new case of head lice when the eggs hatch a week or so after the treatment is applied,” continues Watt.

Fortunately, there’s a pesticide-free alternative to lice-removal medications. It’s a medical device (rather than a shampoo), known as the AirAllé device, that uses heated air to dehydrate and kill head lice and 99.2 percent of lice eggs. It’s been clinically proven to be safe and effective and has been cleared for use by the FDA. Treatments using this device are available exclusively at Lice Clinics of America treatment centers throughout the United States and around the world. In most cases, head lice are removed in a single 60- to 90-minute treatment, and the treatment is guaranteed to be effective by the clinic.

Lice Clinics of America has successfully treated more than 750,000 cases. The company has more than 265 clinics in 20 countries, making it the world’s largest network of professional lice treatment centers. Lice Clinics of America – Texas Lice Removal has three locations. College Station is located at 404 University Drive East, Suite E, College Station, TX 77840. Tomball is located at 11601 Spring Cypress, Suite C, Tomball, TX 77377. The Woodlands is located at 2219 Sawdust Road, Suite 2003, The Woodlands, TX 77380. Each location is open seven days a week by appointment. Call 979-481-6144 for College Station, 832-648-619 for Tomball, or 832-957-0373 for The Woodlands or visit https://texasliceremovalclinic.com for more information or to schedule an appointment.